Cerec+Emax veneers gone wrong and looked so fake that I ended up having them removed and replaced with traditional lab made veneers.
Emax veneers made with the CEREC do not look as good as laboratory made veneers. For me, the combination Cerec + Emax has proved to be a disaster: you could spot how fake they looked from 100m away.

The overall cost for Emax Veneers was 17 000 € (for the upper teeth only). I wanted a nice smile, I ended up looking like a clown, I couldn’t live with it.
There was no other option than remove everything and replace them with lab made veneers, which look much more natural and which I’m very happy with. (See before and after pictures at the end of this article)

CEREC is a computer coupled with some kind of 3d printer sitting in the dental office and that is used in dental restoration, based on a technology that will reproduce the exact shape of the patient’s teeth.

The CEREC is an acronym for Economic Restoration of Aesthetic Ceramics and one of the main advantages of this process is to be able to realize an implant or a dental crown to restore a crooked tooth, on the spot, without going back and forth between the dental office and a laboratory.

Restoring a crooked tooth can be done in one day, to the satisfaction of the dentist and his patient.

Some dentists very quickly understood the interest of the CEREC system, as part of the restoration of the smile: if the CEREC can make a crown, why not 10? Or 20?

Cerec+Emax veneers procedure and why they look fake Video

In this video, you’ll see how an Emax veneer is first designed with a computer, then manufactured with the Cerec. Emax veneers procedure looks pretty much like 3d printing.

And you’ll understand why, once in your mouth, Emax veneers look so terrible.

So why would such expensive veneers look fake?

1. CEREC System is meant to restore teeth that are not too apparent
The Cerec does good job manufacturing teeth that are in the back of the mouth (where you can’t see them) because there’s a significant difference in the appearance of a real tooth, and one restored with the CEREC.

But the dentist doesn’t necessarily tell you that. Especially if he only cares about your money. Sure, I had seen pictures on his portfolio, I could tell that something wasn’t right, but I couldn’t put my finger on it. And obviously, I’m not the smartest guy in the world: I wasn’t thrilled by the pictures of clients he had treated before, I just shouldn’t have gone for it. but I would never have thought that things would have gone so horribly wrong.

Plus, if you look at the Emax veneers before and after picture below, you can see this was an urgent matter, so i just went for it, hoping for the best.

2. Your veneers are made by the dentist.
Not by a guy whose job is to manufacture dental veneers: so they are likely to go wrong.

I guess not everybody has the skills to manufacture good looking cosmetically correct veneers. It’s one job to be dentist, it’s another job to work in a cosmetic dental lab. But the dentist doesn’t necessarily tell you that either: he’ll tell you that the CEREC has a lot of benefits, there’s no come and go between his office and a dental lab: better and easier right? But for who ?
For him: not for you. All the advantages are for him, not for you.

He takes a significant amount of your money that he won’t have to share with a lab.

And that is what the problem is all about: you think you pay top money for the skills of a professional, a guy who has years of experience and has been trained into manufacturing dental veneers, and you just get the service of a dentist who bought a computer, read the manual, had a couple of hours or training maybe,and does’t care for second of the risks of tampering with other people’s smile.

Does that sound right to you? 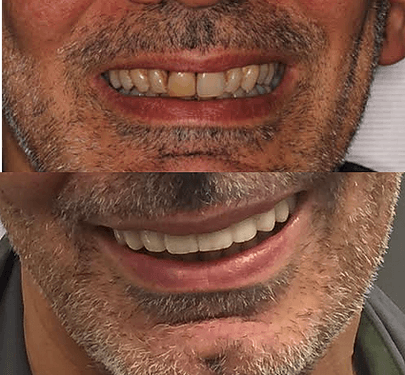 This is the before and after I got my Cerec+Emax veneers. I spent more than 10 hours waiting for the procedure to be over and sure, Emax look better than nothing and I was so relieved this was over that I didn’t pay too much attention to the end result.

But from the next day on, I start realizing how much fake looking teeth can mess up your life and that’s why I decided to have them removed.
I’m pretty sure I would have a got a similar result getting some fake teeth on Amazon or eBay for like 20€!

This picture was taken on the same day I got my Emax. Very disappointed with the look of these veneers which are also super expensive vs lab beneers. I had them removed.

Here too you can see the problem with Cerec+Emax veneers. They’re way too thick, totally opaque, they look like they’re made of plastic and made me look like a clown. Which is exactly the opposite of what you want, when you spend so much money to get a new smile, right ? 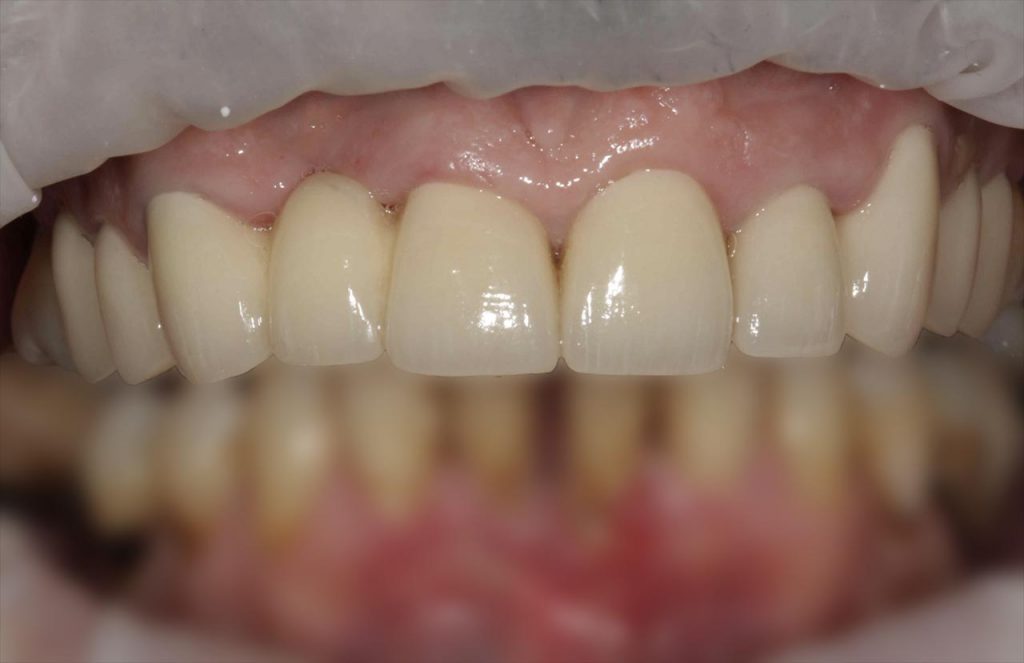 Here are my new traditional laboratory made veneers. (I intentionally blurred the bottom because they’re not done yet, but the upper teeth, I’m super happy with how they look!

Can Emax veneers be removed and replaced ?

Well, I had to!
They were way too wide and the dentist tried to fix this by litteraly shaving them off so they looked even worse; look at this! 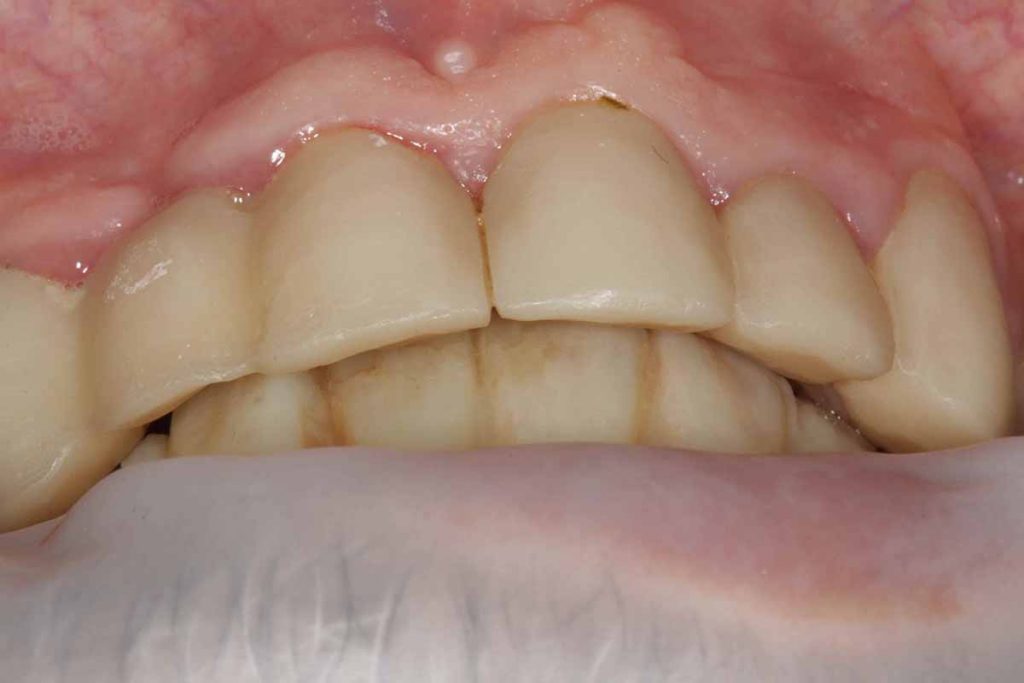 Removing the veneers is kind of like drilling down a wall. Espescially Emax veneers: they’re tough!

Each visit, I was there for at least 2 hours 1/2! So removing veneers can be done, but it can take up a whole day in total.

Removing veneers is not a painful process but it requires multiple injections: not exactly a picnic party!

The price for Emax veneers was 950€ a piece: it is very expensive, for an unacceptable result.

Price for the lab made veneer: 650€ at my family dentist, which I should have trusted from the start but she was so overbooked, I didn’t want to wait: lesson learned. And she does a better job!

So not only do they look better but lab made veneers are also 30% cheaper than emax veneers.
And the dentist still has to pay the lab for them, so what does that leave her? One half?

You understand what kind of juicy business this CEREC thing is?

In my opinion, an honest dentist should give the heads up to the patient, and warn him that his Emax Veneers will not look as natural as veneers manufactured in a dental lab.

And it gets worse! I found that Emax veneers were very sensitive to ambient light, so if you’re outside, and you’ve got a lot of light, you’ll have white teeth. But if the light fades then the color of your teeth changes accordingly.
So sometimes, you have yellow teeth!The 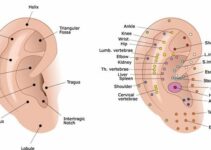 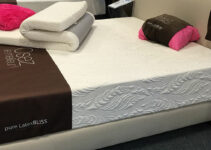 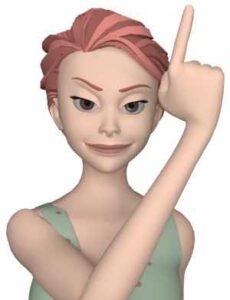