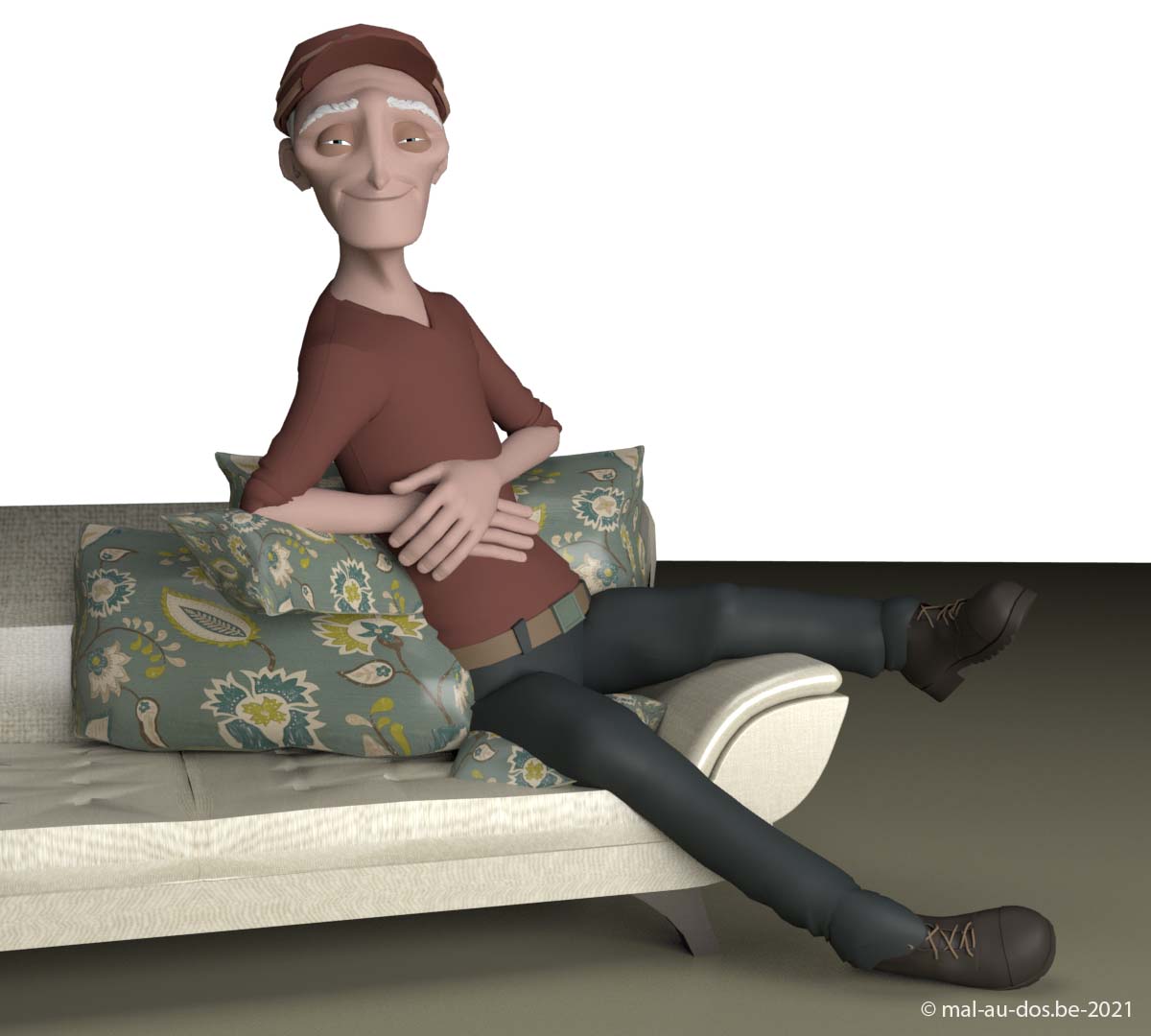 Sitting on the couch when you have sciatica, a herniated disc or degenerative disc disease (or both) makes your back pain worse.

It’s just gravity: the weight of the upper body puts a lot of pressure on the lower back, which is in bad shape, and you can’t expect it to get better by sitting on the couch.
Sitting on the couch for too long is not good for your back, it’s bad for your health and sitting in a chair for a long time only makes it worse.

And yet, when you have a herniated disc or disc disease, you can’t just stand around pacing in the living room:at some point, you have to rest right?

Keep your Feet lower than your Pelvis

Keeping your feet lower than your pelvis, the space available in your lower back will increase, luckily enough to reduce the pressure from the sciatic nerve on the herniated disc and thus alleviate the pain in your lower back.

For Walter, this makes all the difference in the world!

Should I buy a reclining sofa?

When you have back pain, the first reflex is often to lie down to get some relief. This is effective for regular low back pain, but with sciatica and herniated disc, it doesn’t work at all: the pain increases when lying down.

And so, the awesome couch you’re going to be able to recline in…you might be very disappointed…unless, you keep your feet low, as explained above.

However, you don’t need to spend the money on a new sofa: keep your current sofa and use a funiture dolly as a footrest: it’s a cheaper option and you can also use this to sit comfortably at your desk

When it comes to back problems, every case is different, but it’s unlikely that you’ll be able to enjoy your recliner sofa the way you imagined it would be when you tried it in the store.

When you have a herniated disc, it’s one thing to sit on a couch for 10 minutes in a store to try it out, another to spend the whole evening in it, at home.

When you have a herniated disc, sitting ergonomically, whether in a chair or in an couch, does not help and slouching or lying down makes it even worse.

Walter who, in addition to having sciatica, herniated disc and DDD also has a bit of a pain in his butt when he thinks of the price he spent on a new couch that doesn’t help, finally realized that he had to sit in his coucn in a different way.

Assume a less conventional position but certainly more comfortable for his back.
And for his butt, since he understood how to sit in his couch, he no longer regrets the money he spent to buy it.

A saddle in my couch?

If you have back pain when sitting, you are probably familiar with the principle of sitting in a horse saddle.
And to what extent it allows you to sit for long periods without increasing the pain caused by a herniated disc. If you don’t know, read this article on the benefits of the Move stool.

Walter discovered that it is possible to use one of the armrests of the couch to sit in the saddle seat principle and to his great delight, It works and he has much less back pain now: it’s an instant relief and since he figured that thing out, he can sit in his couch as much as he likes.

Work with your thighs

The idea is very simple: you sit in such a way as to enclose the armrest with your thighs (no need to squeeze of course).

A very natural position that allows to:

Use the pillows to your advantage

Now Walter just needs to optimize the use of the pillows by placing them in his back and under the elbows, so as to alleviate the pressure on the lower back by increasing the number of support points and spend a good evening in his new couch.

Should I buy a new couch?

If your current couch does not have armrests, you should replace it, but if it does have armrests, try this sitting position before getting rid of replac ing it, even if you have to use more cushions in case the armrests do not allow you to sit in this position.

What’s the best couch for sciatica?

The best couch for sciatica is actually the one that tells you “Get up and Move” when you’ve been sitting on it for more that 10 minutes.

Seriously: there’s no such thing as a “best couch for sciatica”.

When I threw my back out, the first thing that came to mind was to replace everything in the house that would make it easier for me to rest and actually not move: chair, desk, matress, couch: that’s the biggest mistake I made and this greatly reduce healing process.

Sit on a couch is really the last thing you want to do when you have sciatica . herniated disc: GET UP AND MOVE 😉

If you really feel like you need to buy one, the best couch is one with: 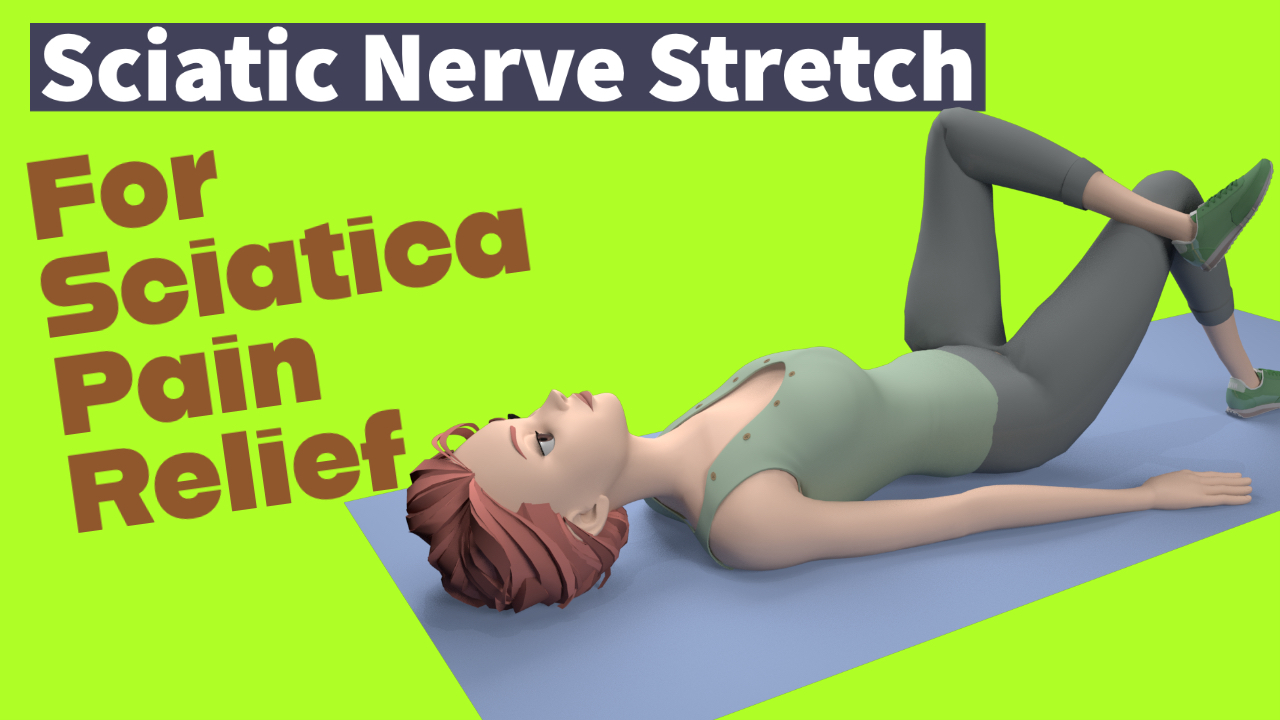 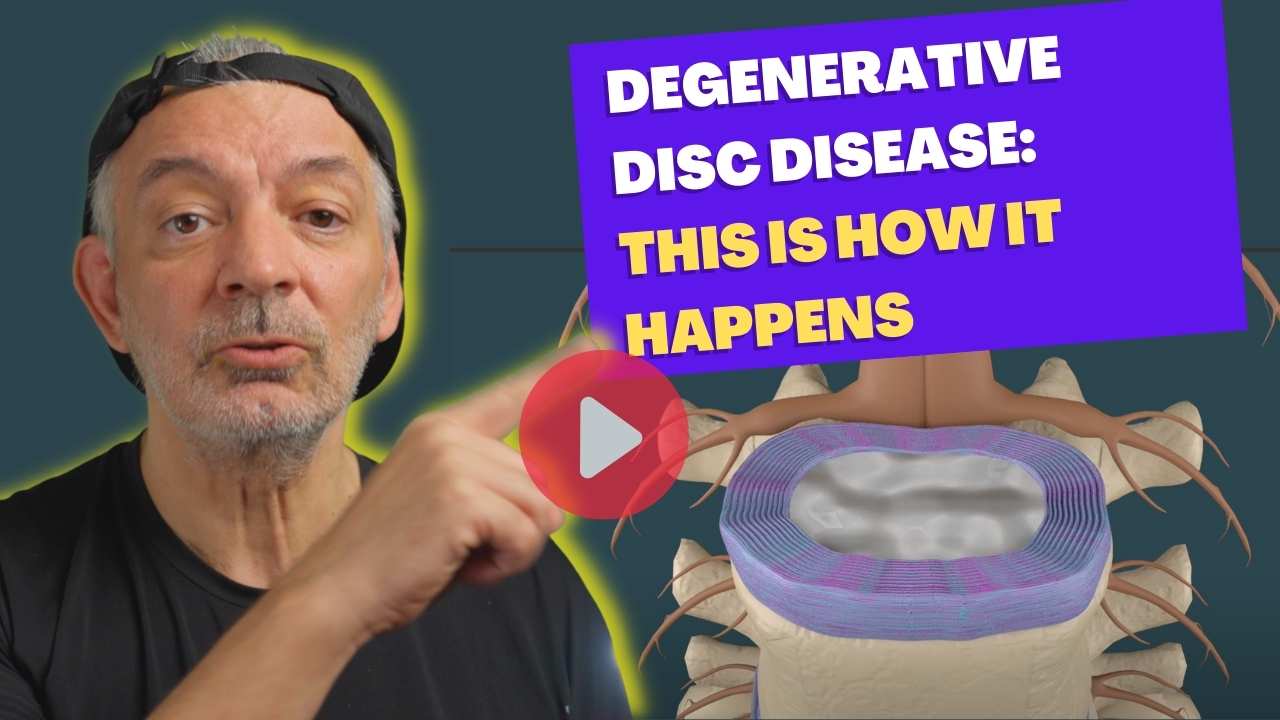